A CHRISTMAS STORY, THE MUSICAL

Broadway in Boise 2019/2020 - Click on the event title above for more information. 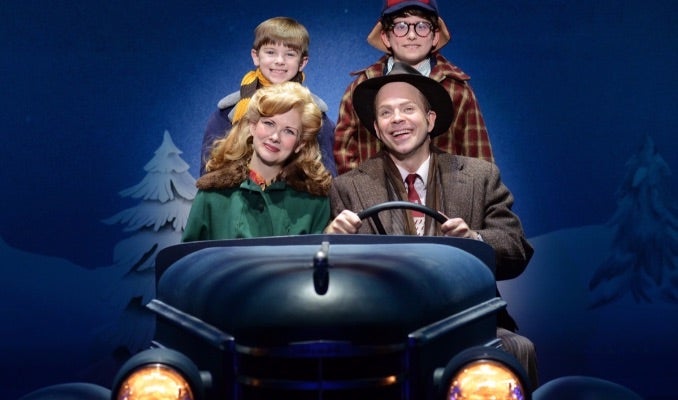 Presented by the 19/20 Broadway in Boise Season.

*Looking for the best availability? Get tickets for Sunday, November 24th at 6:30pm!*

From the songwriting team behind the smash hit Tony Award-winning musical Dear Evan Hansen and the Academy Award-winning film La La Land, A CHRISTMAS STORY, THE MUSICAL, brings the classic 1983 movie to hilarious life on stage! Set in 1940s Indiana, a young and bespectacled Ralphie Parker schemes his way toward the holiday gift of his dreams, an official Red Ryder® Carbine-Action 200-Shot Range Model Air Rifle. An infamous leg lamp, outrageous pink bunny pajamas, a maniacal department store Santa, and a triple-dog-dare to lick a freezing flagpole are just a few of the distractions that stand between Ralphie and his Christmas wish.

Nominated for three 2013 Tony Awards including Best Musical, the Associated Press calls A CHRISTMAS STORY, THE MUSICAL “a joyous Christmas miracle,” while The New York Times writes “I was dazzled. You’d have to have a Grinch-sized heart not to feel a smile spreading across your face.”

Discounted Group Tickets (10% off) are available for parties of 10 or more (excluding  performance on November 23 at 8:00 PM).