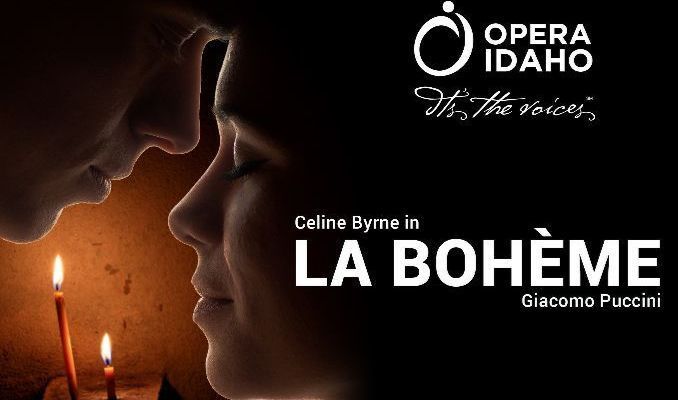 La bohème, Giacomo Puccini’s beloved masterpiece of Bohemian life in the Latin Quarter of Paris in the 1830s, returns to Opera Idaho for the seventh time – no opera has been presented more often in the company’s history. The passionate, timeless, and indelible story of love among young artists in Paris, La bohème is perennially performed more than any opera in the world.

The production stars Irish soprano Celine Byrne as Mimi. Byrne made her operatic debut as Mimi in Scottish Opera’s 2010 production and in 2012 she was heard at the Royal Opera House, Covent Garden in the lead role of Dvorak’s Rusalka. Soon afterwards she was invited back to assume the role of Mimi, followed by Micaela in Carmen and, in the seasons that have followed she has performed extensively throughout Europe as well as in the United States, China, Russia and Mexico. She made her American debut in 2018 as Magda in Minnesota Opera’s La rondine.