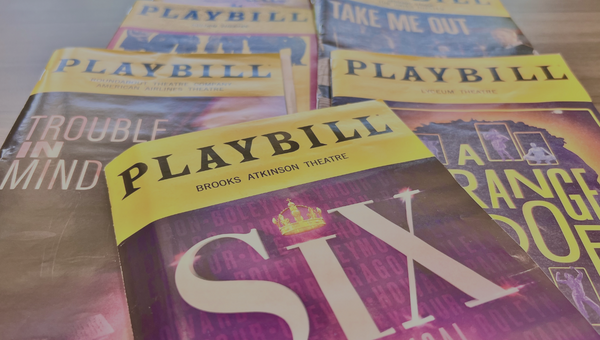 While Idaho theater fans will be watching the 75th Annual Tony Awards on Sunday, June 12th, on CBS, Laura Kendall, Executive Director of the Morrison Center, Idaho's only Tony Awards voter, will be watching intently knowing all nominees are deserving of Theater's top honor.

Being a Tony voter means seeing, analyzing, and comparing dozens of Broadway shows in New York City. Kendall saw over 35 Broadway shows throughout the year, with some rising above the rest.

Kendall says, "It is an honor to represent Idaho, Boise State University, and the Morrison Center as a Tony Voter. This season of shows has been incredible to experience, with many new voices bringing their work to Broadway for the first time. I am in awe of the talent on stage and behind the scenes and can't wait to share these new shows with Idaho audiences when they go on tour."

Each year, around 850 people are eligible to cast Tony Awards ballots. You have to be nominated to vote and receive referrals from current Tony voters. Kendall is the newest member of the Tony voters circle, indicating the quality of Broadway shows at the Morrison Center.

"We take great pride in being Idaho's home for Broadway and the largest performing arts center in the state. We bring incredible touring shows that you would see in major large cities. We are a competitive market, and the tours love coming to Boise. Our subscribers and fans travel from across Idaho to see the caliber and variety of shows we offer."

Victor Hamburger, Vice President, Mountain for Broadway Across America, adds, "Boise is one of the fastest growing Broadway markets in the country, and Broadway tours continue to be an economic engine for communities driving people to local businesses hotels, and restaurants. Laura and the incredible team at Morrison Center have built something extraordinary, and more and more producers want to bring the biggest Broadway hits to this incredible college campus."

Voting for the Tony Awards is more than just taking in a few dozen Broadway shows. It is about seeing and analyzing the details of the production, not just what's on the surface. Kendall votes on direction, performances, scenic design, costumes, lighting, choreography, and orchestrations.

The Tony Awards ceremony marks the end of a Broadway season, with a new one beginning shortly following. The Morrison Center has one more Broadway in Boise performance before the official end of the 2021/2022 season. The new season will start on September 27th with the 2017 Tony-nominated Best Musical, Come From Away.