Nestled on the banks of the Boise River, with a panoramic view of the city, parks and foothills, the Center's 10-story stage house is a recognizable fixture of the Capitol's picturesque skyline. The realization of a life-long dream of Harry W. Morrison, and championed by his widow, Velma, the Center opened its doors on April 7, 1984. Today the Center is recognized as a major destination for arts and culture, annually hosting hundreds of live entertainment and arts education offerings that serve to enrich the lives of patrons of all ages.

As a Boise State affiliate, the Center is a non-profit organization supported by ticket sales, facility rentals, donations and the generous support of the Morrison Center Endowment Foundation, Inc. Views of the Center, inside and out, can be found in our Photo Gallery. 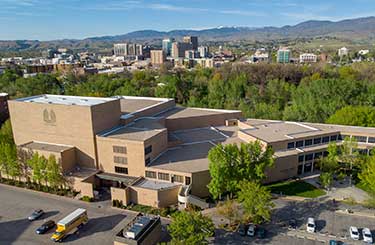 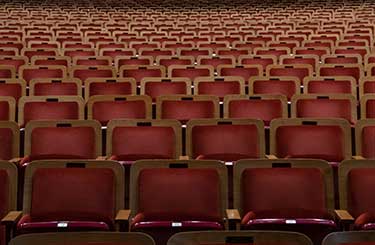 The Center provides a variety of accessibility options for the event enjoyment of every patron. For specific needs please contact the box office. 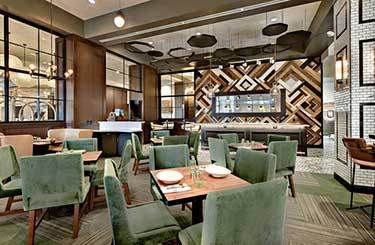 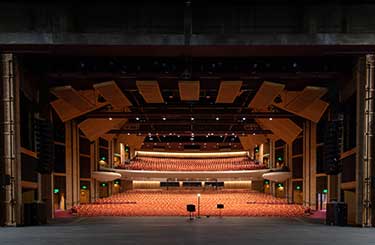 Know Before You Go

We are ready to assist you with any of your theater going needs - please give us a call at 208-426-1110 or email: mccservice@boisestate.edu. Below are a few of the ways we serve our patrons.